A night of cooking with Jess

Just finished a lovely fantastic evening of cooking and good talk with friend and co-worker Jess. Originally, was suppose to do lots of cooking since we both love cooking and trying new recipes.

We tried this recipe tonight: Super easy to make though I would make them bigger - probably fill the muffin tin like normal. They do really puff up at all  so if you use only the 1 heaping tablespoon you end up with a tiny little bite. We also tried using muffin papers to line the muffin tin which seem to work. Jess will get back to me to make they worked properly.

Also note that we didn't we didn't have any paprika on hand or red pepper.

And I would for sure double this recipe right off the bat next time to make bigger ones.

We finished the evening with a small glass of Amarulla on the rocks which was delish! Perogies will be made next time. Ended up getting side tracked talking , eating supper ( hamburgers and our fave recipe Thai cabbage salad) and watching Hockey Night in Canada.
Posted by Unknown at 5:54 pm No comments:

Throw Back Thursday is heading back to Australia!

My first trip to the Outback with Bernie was over Easter of 2009. Yearling prep has just finished for the year and I managed to get a few extra days off. A long drive up to Burra and then another couple hours north to Yunta and then a bit south to Manunda Station.

Very red and dusty being summer going into fall ( aka wet season). But still gorgeous area. Lots of red and grey kangaroos, emus galour, campfires, sleeping in the cook's house, 4 wheel driving and perhaps getting stuck in the mud .... and good camp food :D

Great times! Thank you Bernie for introducing me to the awesome Outback and sharing a bit of your up bringing. Miss you! xx 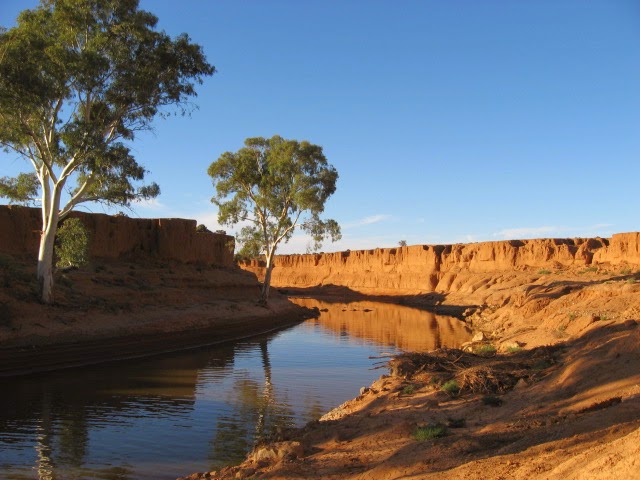 Yup it's late but oh well. Trying to revive the blog for the new year.

So what's new with me.... well this world traveller is back home, my first home, in Canada. Yes you read it, this Canadian girl is back in Canada for the time being. I finished off my Africa adventures in mid may , travelled back to Australia for a quick 3 week visit with new and old friends ( these will be highlighted in throw back thursday posts). Back to Alberta to catch up with friends and family, volunteering at the Jazz Festival and the dreaded job search. Finally found a job out in Richmond, British Columbia at a lovely show jumping stable, Twin Oaks Farm, which is actually where my cousin Tamara rode for years growing up- small world.

So since I'm not travelling much right now, the blog will probably be more about exploring my current city of Richmond/Vancouver. Lots of horse stuff from here at the farm, running/working out stuff and my fave cooking!

So check back soon... should have some fun updates soon!

Posted by Unknown at 9:01 am No comments:

Money and every day expenses

The exchange rate is roughly 10 Rands ( South African dollar) to $1US dollar which makes things very cheap here for tourists. But living here not so much. The average salary is about $4000 a month- $400 US ! Not much to live on for sure. And you would think that would mean living expenses would be a lot lower but not the case. A trip to the grocery store for basic food supplies would mean an easy $200 trip.

I did end up buying some nice clothes, more then I was planning on which I blame on Maddy (lol). I kept finding nice things that I really liked and with the exchange rate meant were insanely cheap. A couple nice sweaters, a couple dresses.....

Fuel was roughly $12 a liter which adds up in hurry.

I really don’t know how anyone manages to save enough in order to buy a house but some people do seem too. Though I do think a lot of people try and work a lot of overtime in order to have spare money.

One thing I did notice when it came to salaries was that most, if not all people were paid only once a month (!) and in cash at that. Needless to say lots of partying going on during pay weekend.

Posted by Unknown at 6:41 pm No comments:

The Oscar P. Murder trial which is going on right now in Pretoria, South Africa - close to Johanasburg is currently the biggest thing going on in news these days and has been for the last month. And when I mean big news , it has it’s own 24/7 tv channel , twitter and facebook accounts as well. Along with multiple different panel discussions after court is done for the day. And has a twitter feed showing the comments from watchers along the bottom of the tv screen.

Back story since I have no idea how big of news it is everywhere outside of Africa.

Oscar also known as “the blade runner” the double leg amputee who ran in the London Olympics against able bodied people. He is charged with murdering his girlfriend, Reeva Steenkamp, of 4 months on Valentine’s Day 2013.

The trial was suppose to be all done and wrapped up in 3 weeks. Needless to say that went out the window and it is still going on now over 3 months later. The last I heard was that he was in hospital to see if he is mentally capable in handling everything. Kinda of think his defense team is grasping at straws now. Surprised they are doing this now and not after it happened last year.

Based on everyone that I have talked to, most people have said that he is guilty. Then it varies on whether he planned to kill her or not. I don’t think he was planning too.

I don’t watch a lot of the court proceedings but I got to give the prosecuter, Gerrie Nel, credit he is GOOD! I for sure would never want to be up against him. He is making experts witness look dumb. And these are experts in their fields for 15+years. Actually pretty interesting to watch him cross examine the experts and he is finding so many holes in the original story and the story keeps changing so it no longer makes any sense.

I won’t go into to many details ( doubt many of you really care! Lol) but for someone (Oscar) who is scared and never felt safe why is he leaving the balcony door open all night with a ladder out in the open? He had working fans ( Nel spent I think 2 days talking about those fans! Lol drove me nuts!)

I was hoping this trial would be done before I left Namibia but its not. So will have to keep looking it up to see how it is going. And the trial is still on break with Oscar being in the hospital being checked out for another few weeks.

Between this and Nelson Mandela passing away, South Africa has been in the news a fair bit in the last year or so.

Posted by Unknown at 8:15 pm No comments:

Someone was asking me about what life was like on a day to day basis so the next few posts will be more in that aspect.

So expect everything from murder trials, shopping to dealing with horses.

Posted by Unknown at 8:10 pm No comments:

Sorry for the long delay!

Internet in Namibia was not my friend. I was constantly fighting with it hence no blog or pictures. But here are some more updates.

And yes I am currently in Sydney, Australia.....